Inviting other developers as team members on an 8base workspace is easy. As the workspace owner you can quickly configure what roles a user has and then invite them to the workspace from within the console.

Roles and permission for team members​

The same roles and permissions system that gets used in authorizing 8base applications is used for team member access management. These roles can be configured so that they are specific to an individual or general to a group. Roles are configued the same way in both of these scenarios. However, lets look at both examples.

In some scenarios, the workspace owner might want to limit the access of an individual developer (Steve) so that they:

In some scenarios, the workspace owner might want to limit the access of a type of developer (frontend) so that they:

When inviting a frontend developer team member, this new role can get attached to their invitation. Otherwise, it can get attribute to any team members profile once they've accepted the invitation. 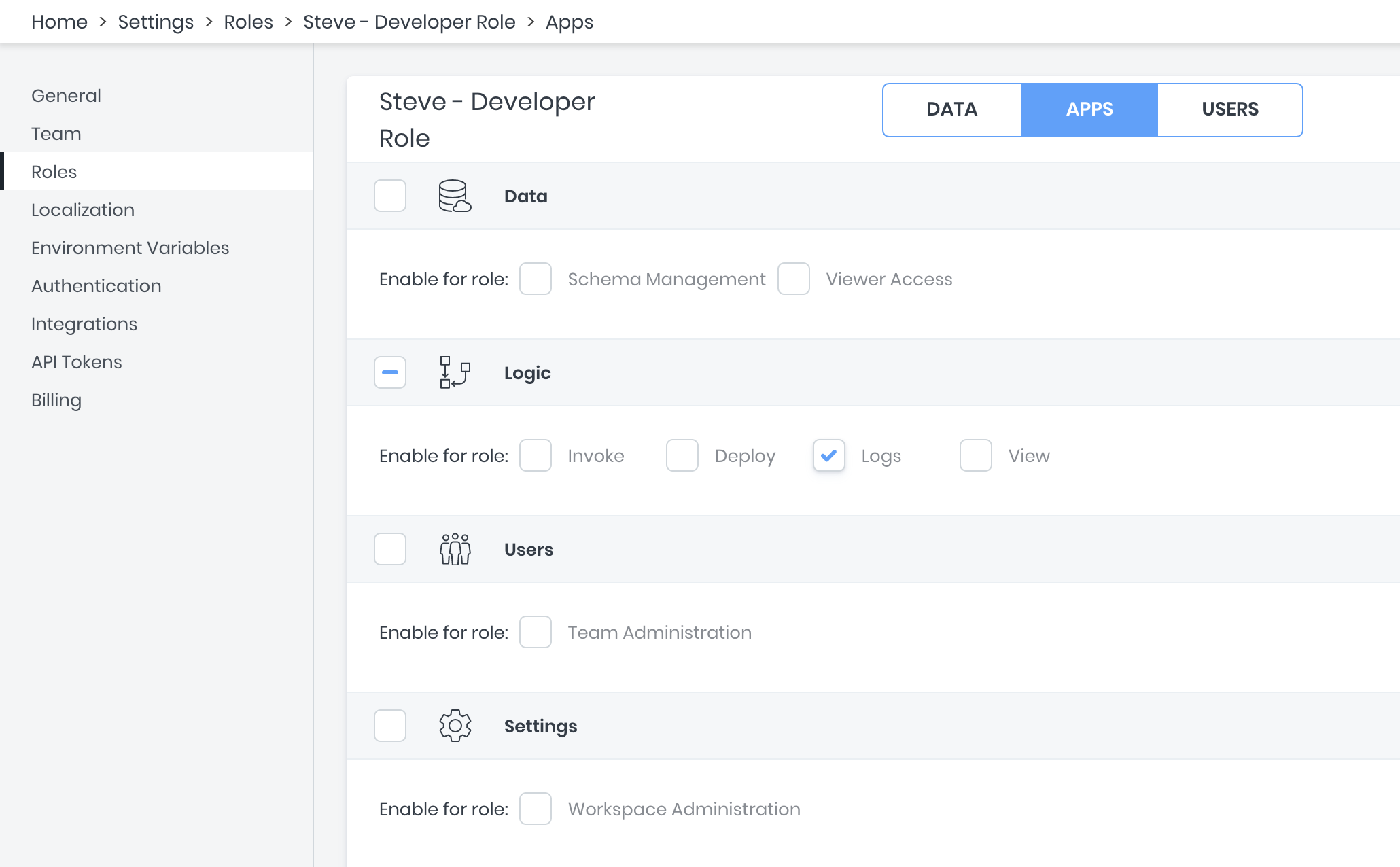 There are two types of user-related records in 8base. The first one is called Team Member Record and is created when Team Member gets invited to a workspace. The second one is User Record which is related to the actual client app User who signs-up (registers) for the application you build.

If the developer wants to test the application as if their account only had the "Guest" role, they can do so by updating their User Record with the desired role. However, only the workspace administrator is able to update and edit roles belonging to Team Members.

1: The invitation link you clicked is for another account!​

Existing 8base developers may already be logged in when accepting an invitation to join another workspace. If the logged in account's email address is different to that which the invitation was sent to, the invitation will fail. This issue can very simply be resolved be either: